Peshawar
The City at the Afghan Borders

Do you want to visit real “off the beaten path” destination? So there couldn’t be a better choice than Peshawar. This city goes beyond everything I have seen so far. The oldest city in Pakistan and home of many Afghan refugees who have been searching for a shelter here since the Soviet occupation of Afghanistan.

Is Peshawar safe to travel?

Probably the first question you can think of. And there is no simple answer to this question. There were several Taliban terrorist attacks in recent years and it’s located close to infamous Tribal Areas. Moreover, many governments especially warn before traveling to this city. Peshawar hadn’t been on my travel list until I came to Pakistan. Not at all. However, the incredible experience with Pakistanis motivated me to visit this overlooked place. And I didn’t regret it.

Peshawar is the capital of the Khyber Pakhtunkhwa province, and it’s inhabited by Pashtun people. They share the common cultural and historical ties with Afghans. Once the center of Buddhism, Peshawar is now a very conservative Muslim province. It´s reasonable to study cultural background before visiting. But don’t be afraid. Pashtuns are extremely hospitable people. They are very kind, helpful and happy to see the visitors. 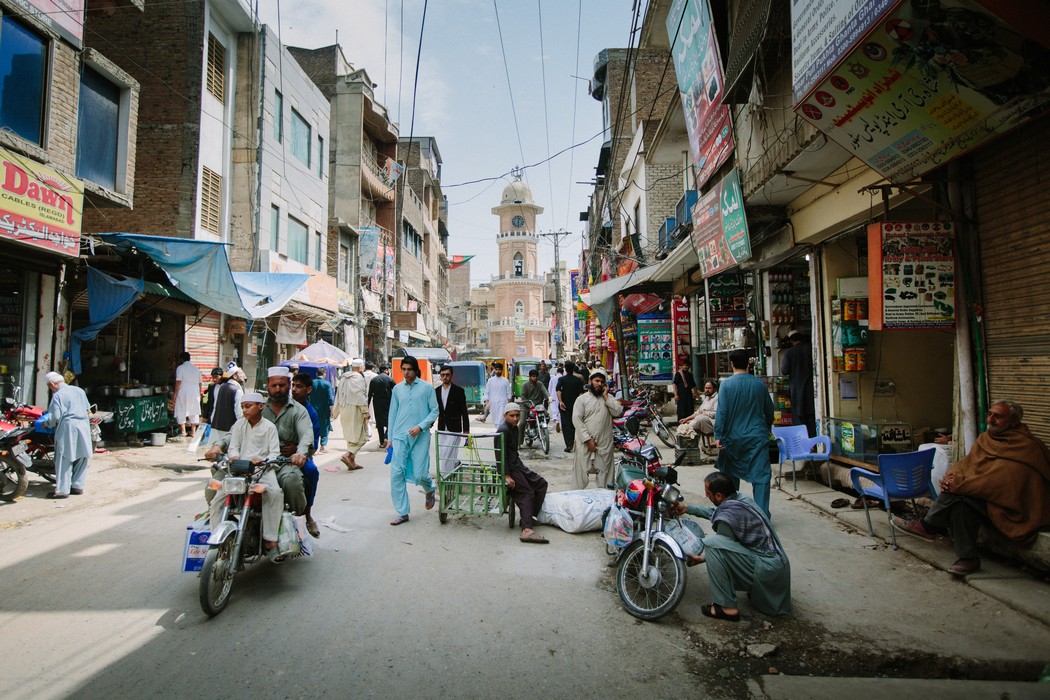 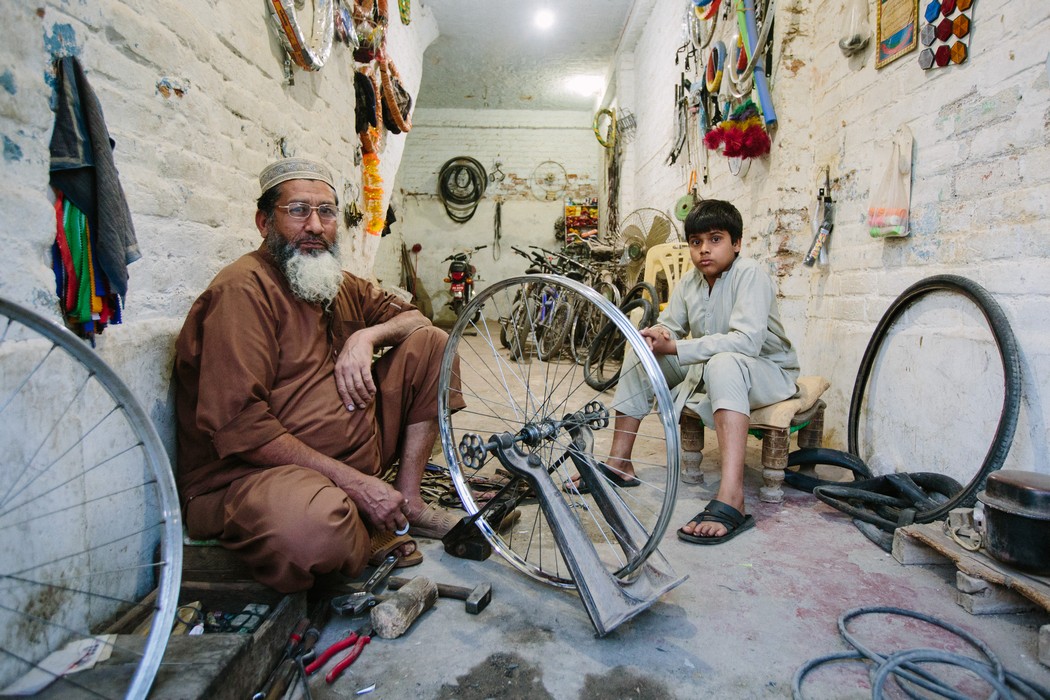 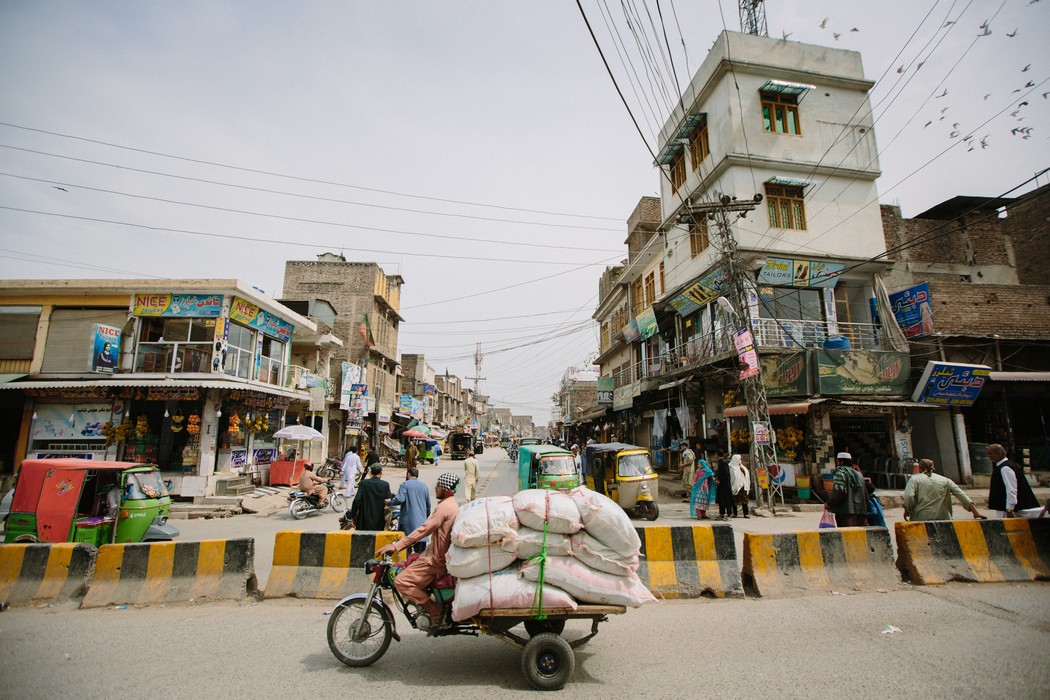 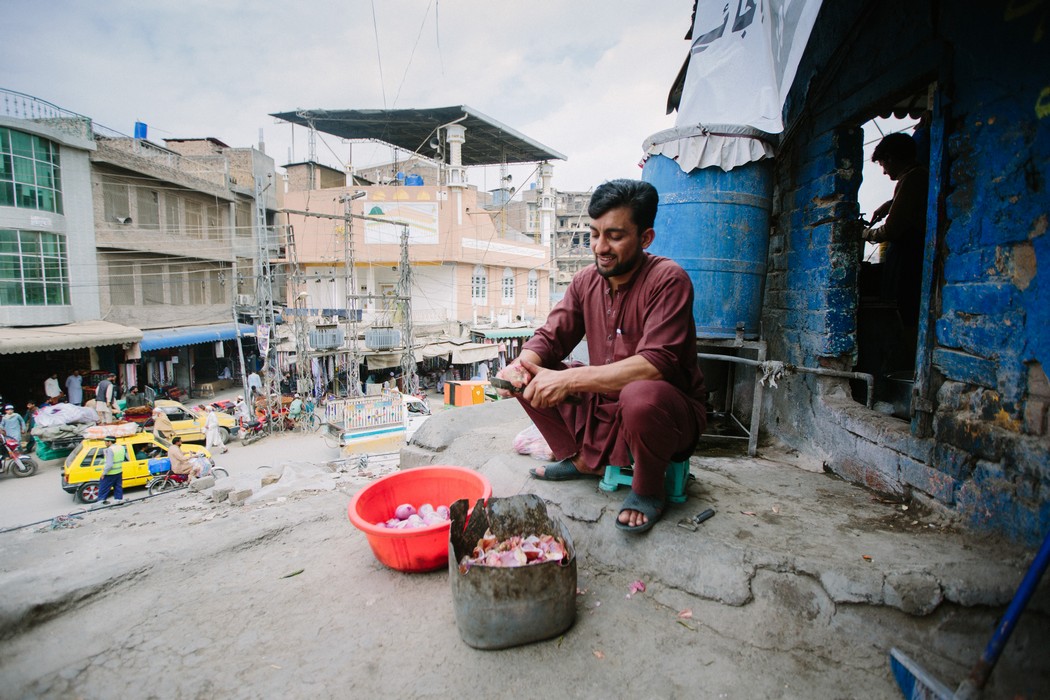 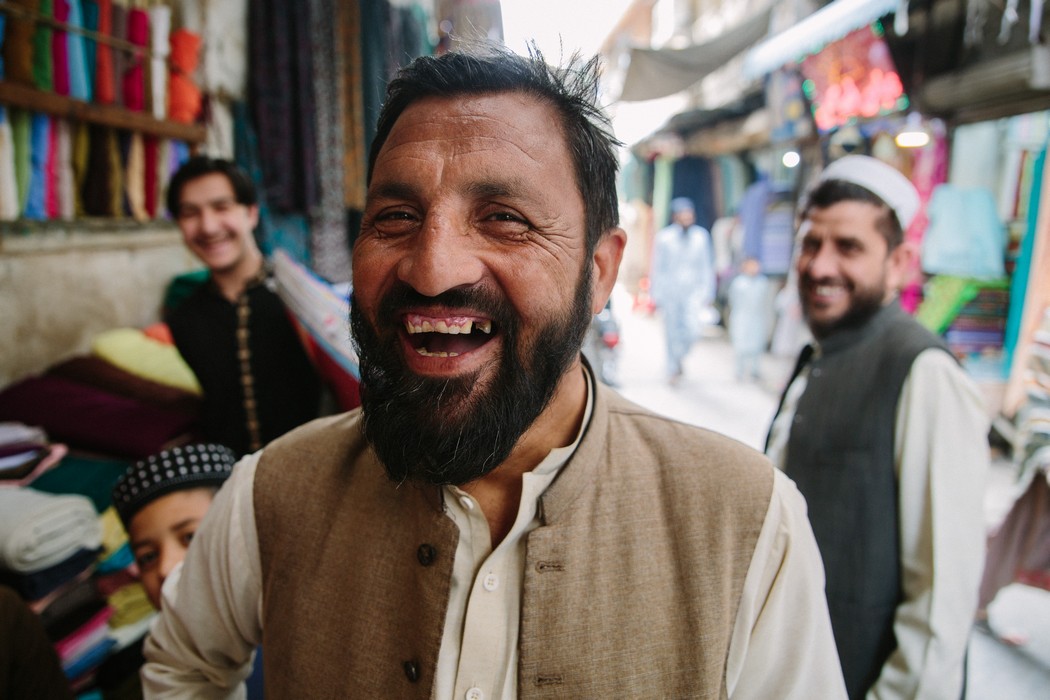 The endless maze of bazaars

I have experienced a lot of wild places across Asia. But nothing couldn’t have prepared me for this ancient-looking place. From the very beginning of my visit, I had a very different feeling from anything I have ever seen. Do you know the cliché phrase about places which look like stacked in time? If I had to pick one place like this, I would pick Peshawar without any hesitation.

As I was approaching the city walls, the feeling that there is something very special about this city was getting stronger. There were many old houses made of bricks mixed with crumbling British era houses. Busy people were strolling the streets, and everything seemed both chaotic and fascinating at the same time. Behind the walls, I discovered the real traveler’s treasure. Narrow, twisting streets lined with small shops. People talking, selling their goods, and carrying anything from animals to traditional green tea. The whole city center was like a huge ancient maze of bazaars. 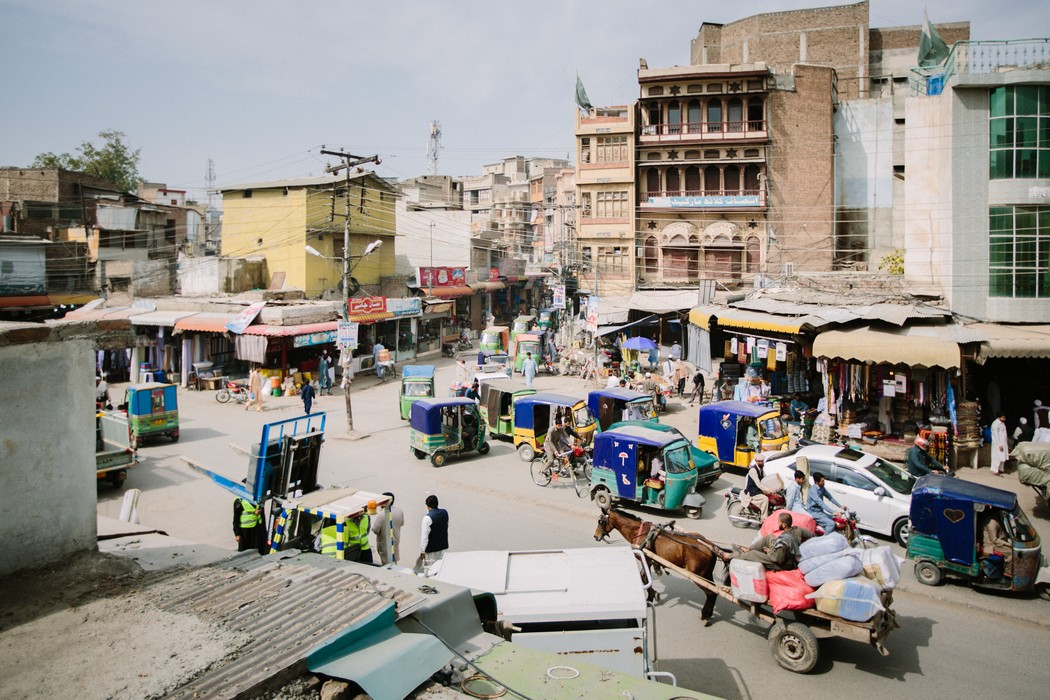 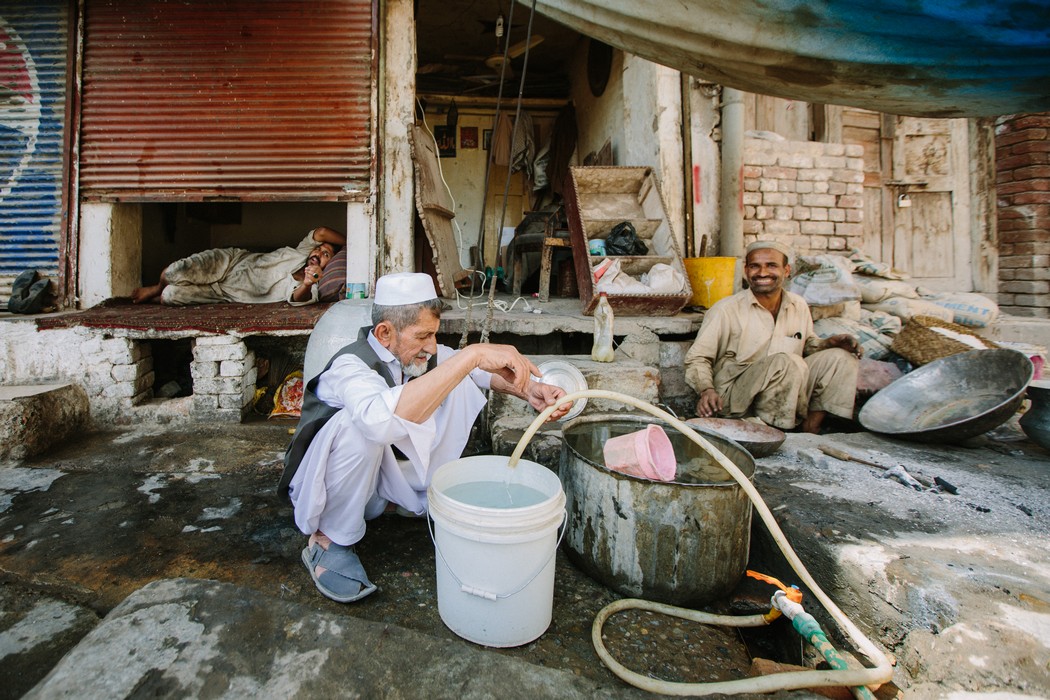 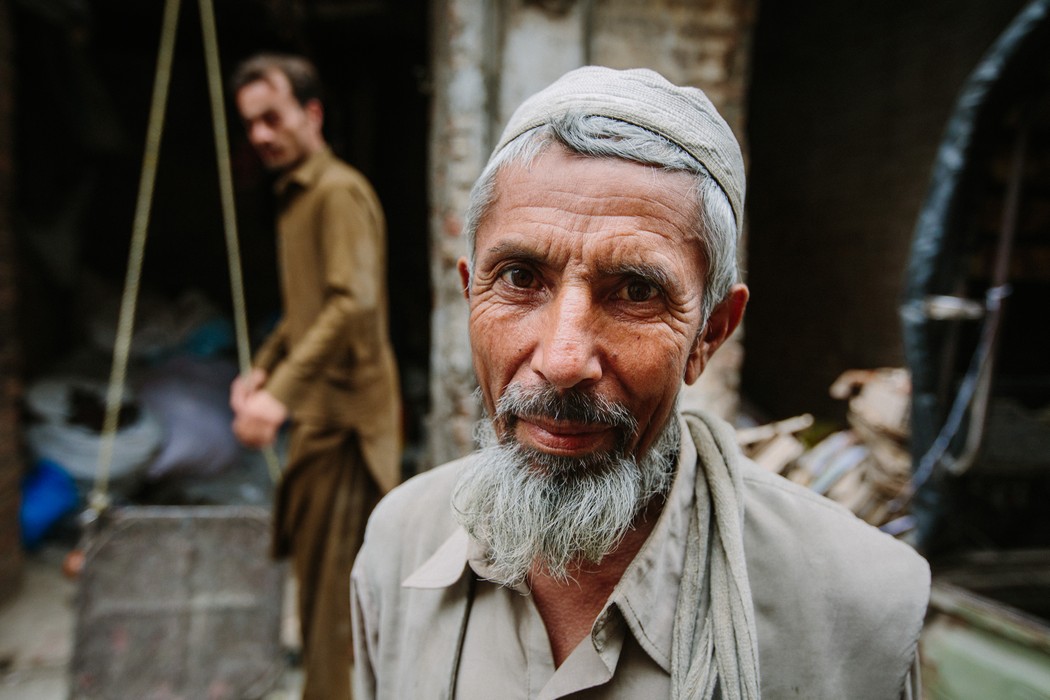 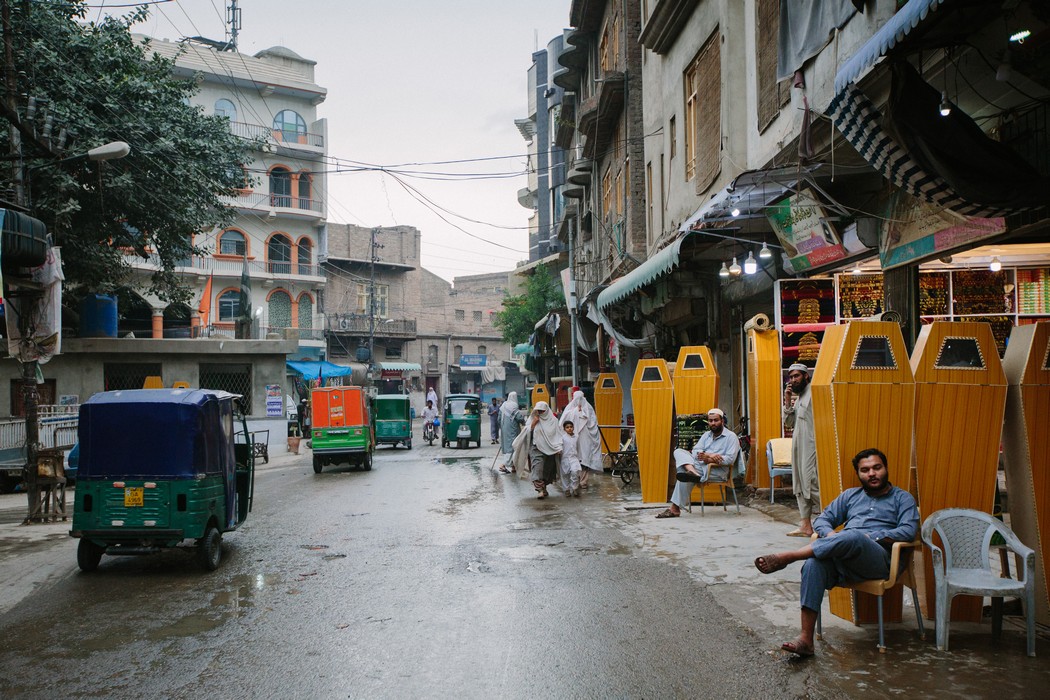 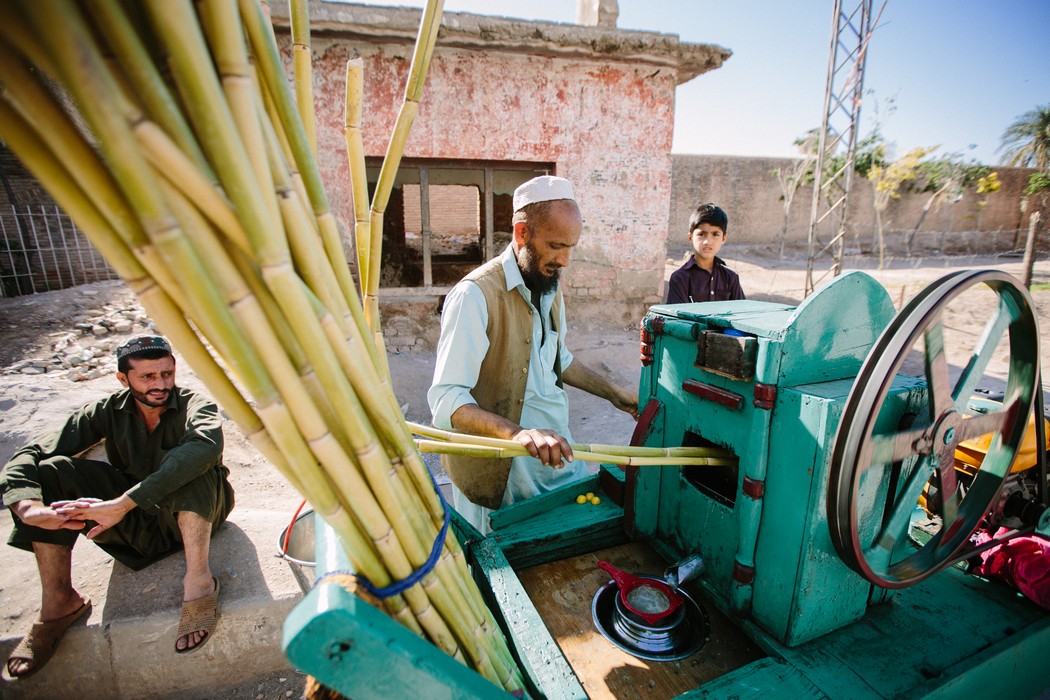 You know the tourist places like Marrakesh were locals are trying to stop you and sell something to you. Not in Peshawar. People were inviting me to their shops, but not for business, but for drinking a cup of tea with them. The hospitality is Pashtun (and Pakistan at all) tradition deeply rooted in the culture and religion. A stranger should be always invited to the house as a friend. The guest is bringing the bliss and happiness to the host’s house. Pakistanis consider him to be a gift from Allah. This old wisdom counts for the whole Muslim world, but mass tourism has changed it. However, in Pakistan, it is still something that matters.

To walk the streets of Peshawar was experience itself. It’s unbelievable, but I barely could take a step without the invitation for tea. People were talking to me with their basic English, and I met several university students who became my “city guides.” Their English was incredible. They were proud of their city and wanted to show me Pashtun culture in a different light then one can watch in the media. And it was the different light indeed. 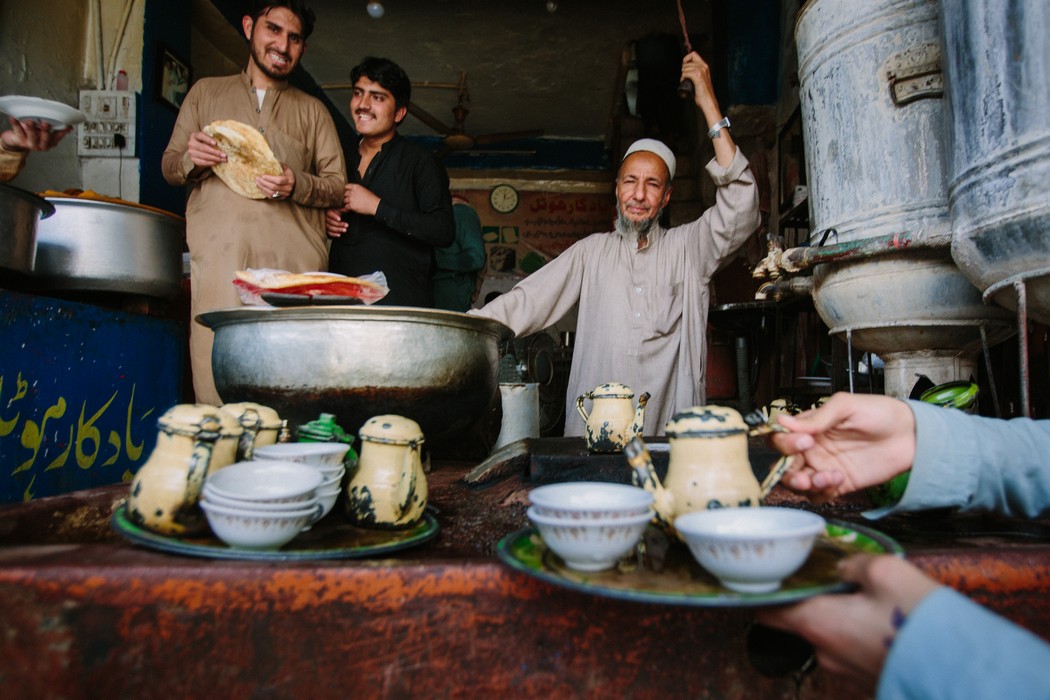 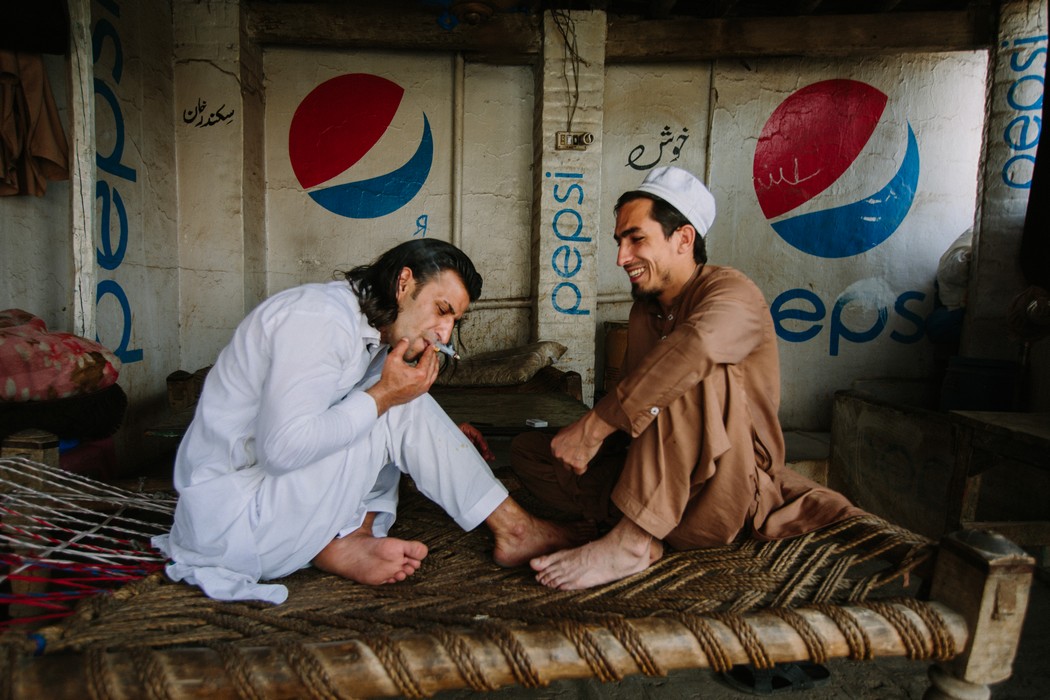 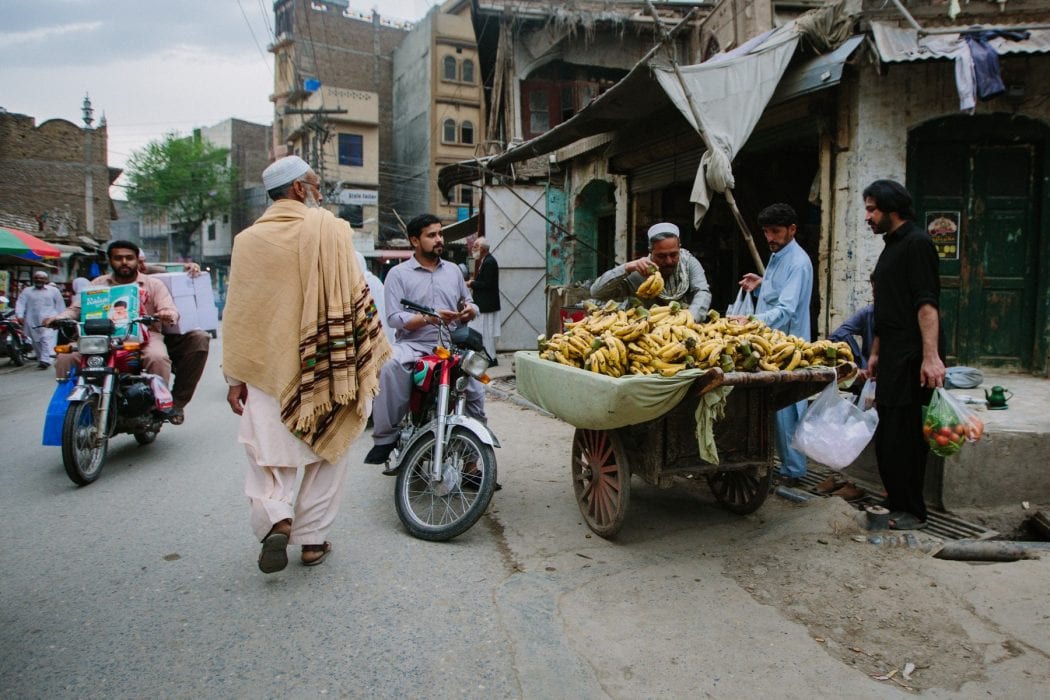 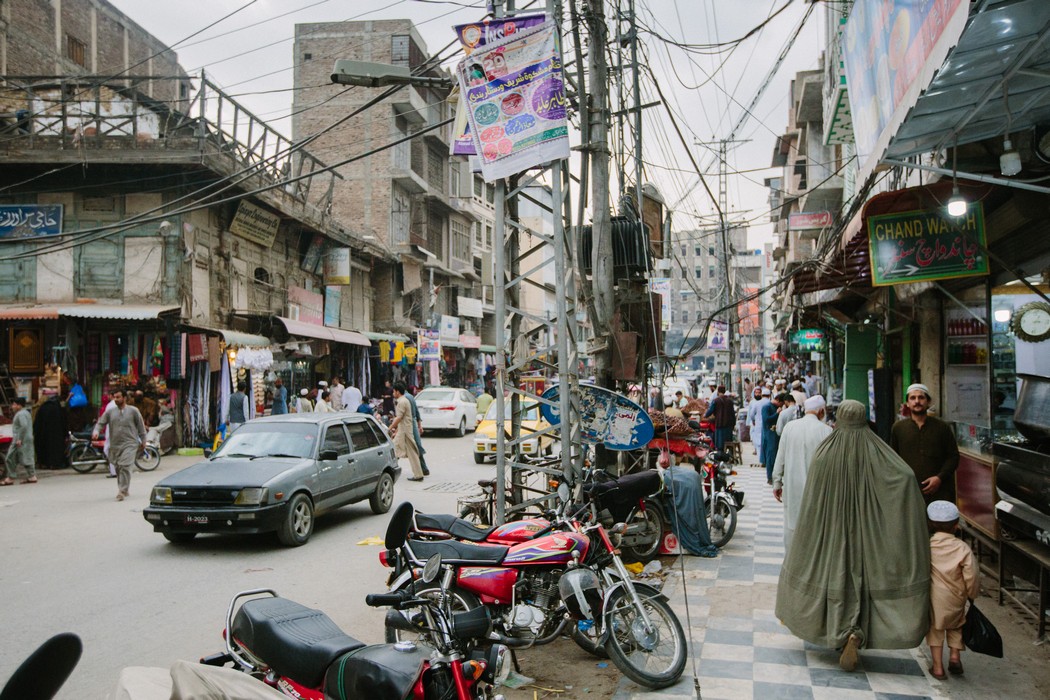 What is the special green tea Peshawarians were inviting me for? It’s called Kahwah it means “sweetened tea.” This traditional beverage has many variations across Central Asia, Iran, Afghanistan, and Kashmir. Pashtuns serve this tea with sugar and cardamom. You will get it in the elegant small pot, in which people prepare it. Drinking Kahwah is another strong Peshawar tradition as the city was once a famous part of the Silk Road. 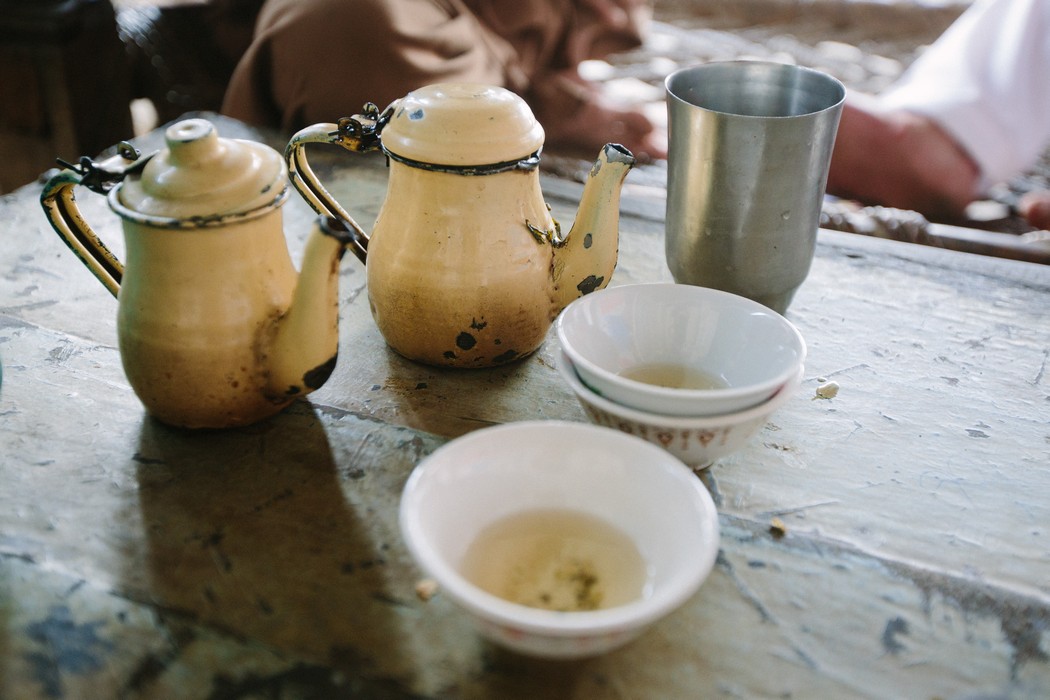 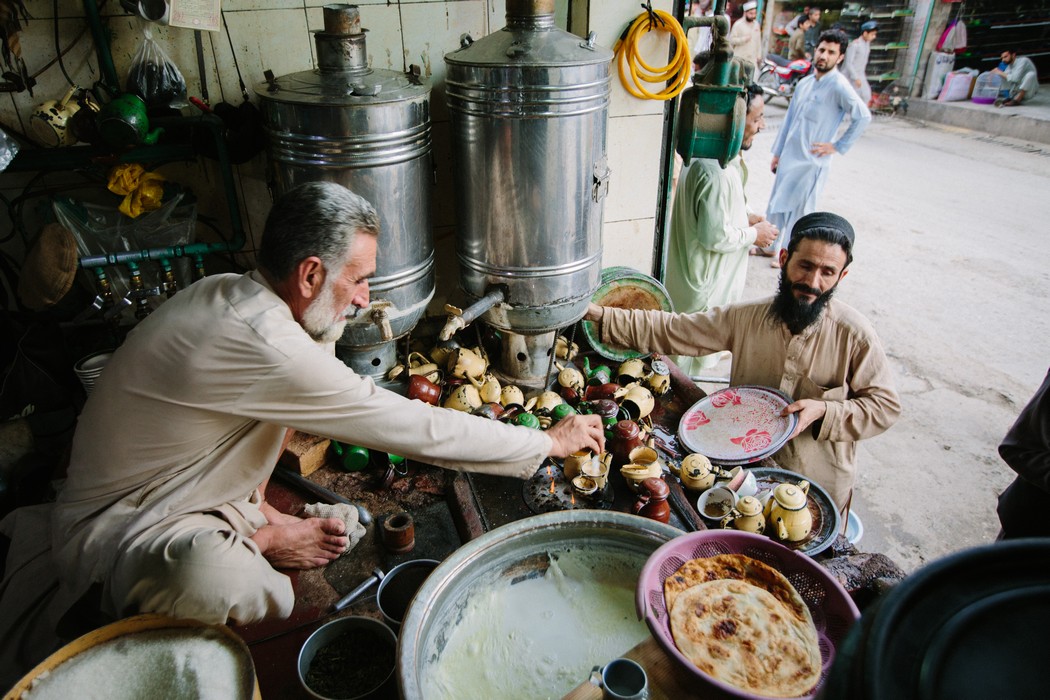 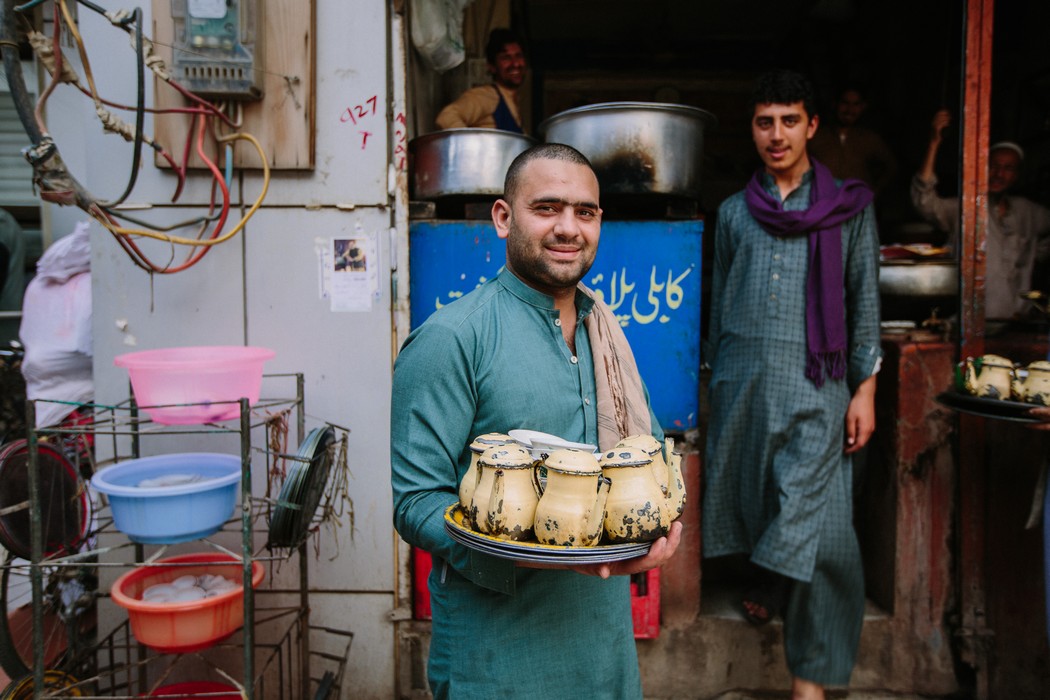 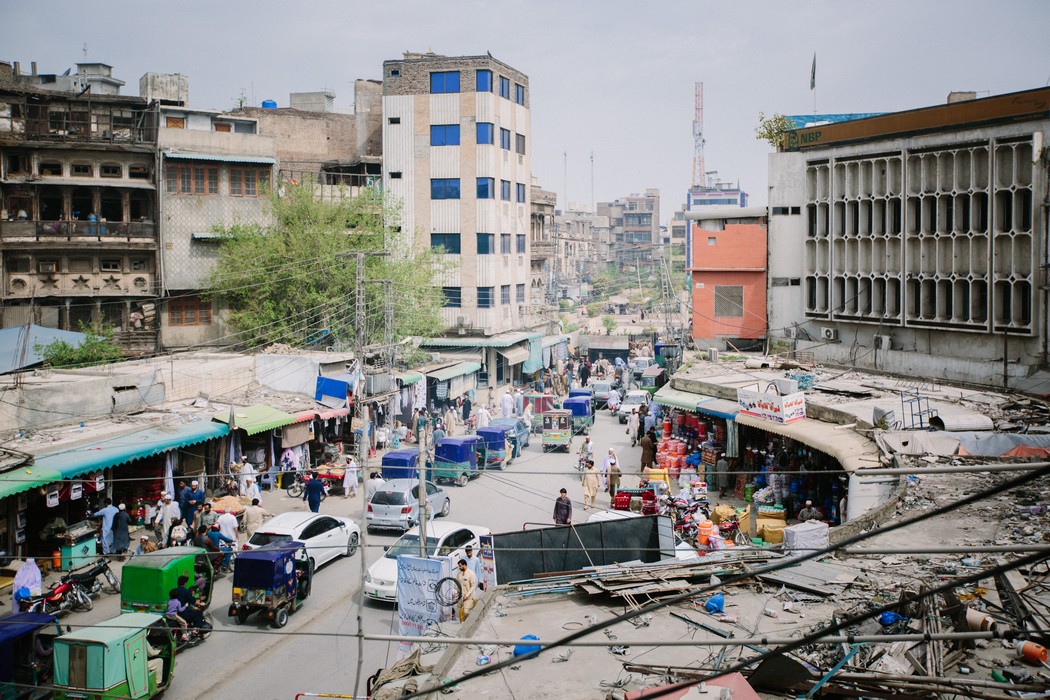 Pashtun’s hospitality isn’t just a matter of tea invitations. You can make friends on the streets. That is something very unusual in the western culture. It isn’t an experience for everyone, but I enjoyed it a lot. Locals showed me many precious historical places. They even took me to the iconic Mohabbat Khan Mosque. If you know the Muslim world a little, you understand that it isn’t usual to let the westerners come into the mosque.

There are famous places like Bala Hissar Fort or beautiful Peshawar university. Moreover, the old city is full of intriguing British era houses. Those beautifully decorated wooden structures represent so-called colonial architecture. I have never seen so many of them in one city. In many cities, they are buried under the shopping malls and other modern buildings. Yet, Peshawar still keeps its old charm. If you want to see these amazing buildings, do it now. The time will consume them very soon. 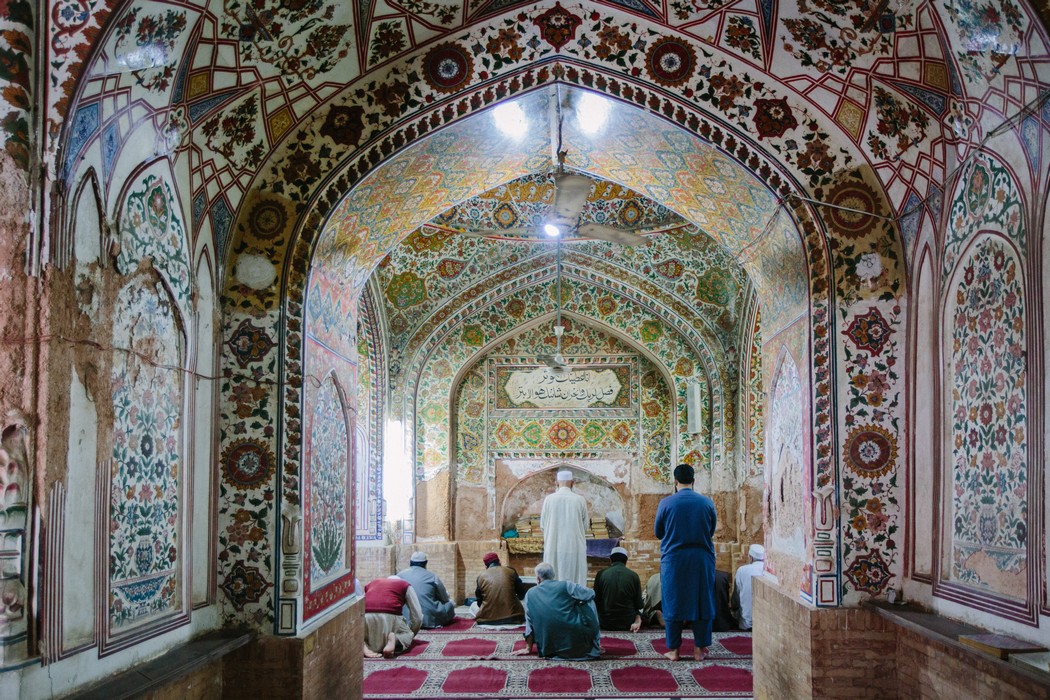 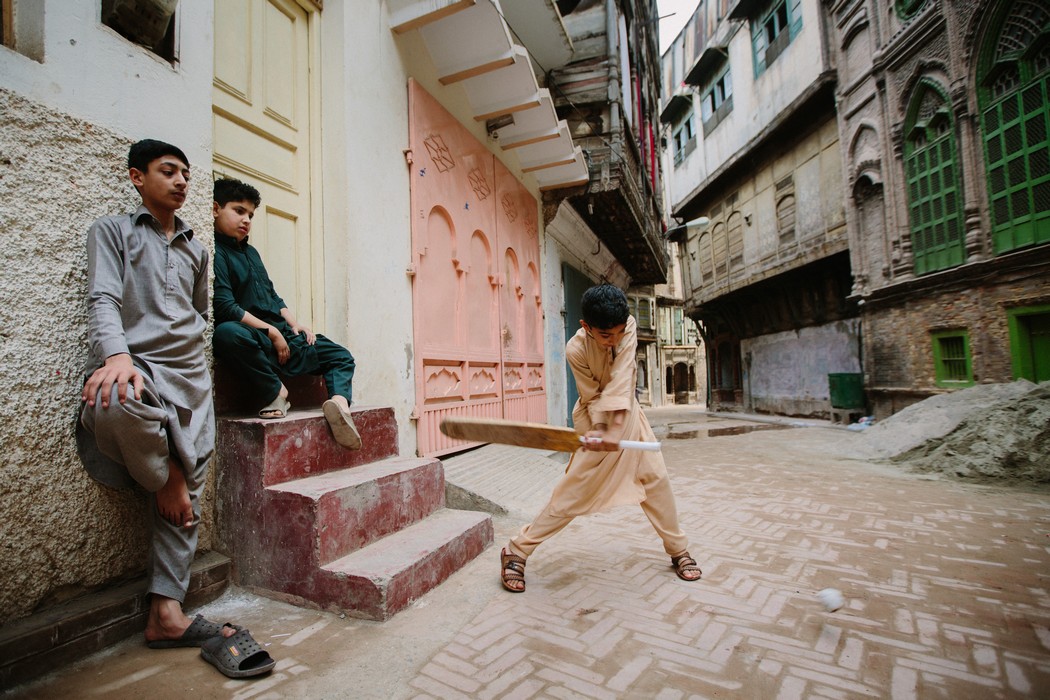 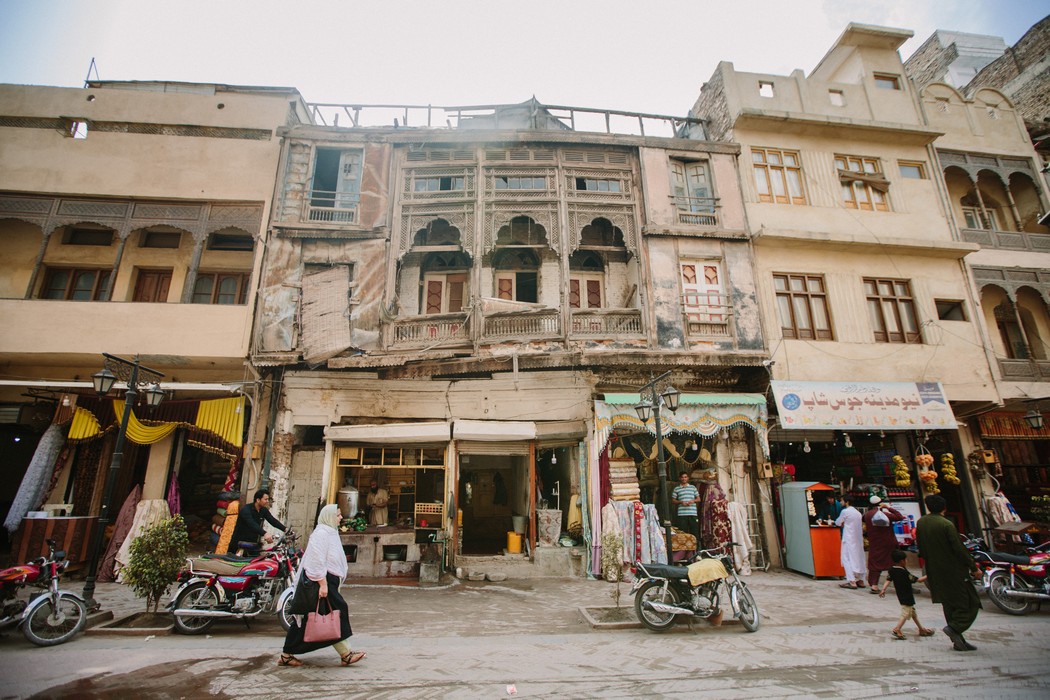 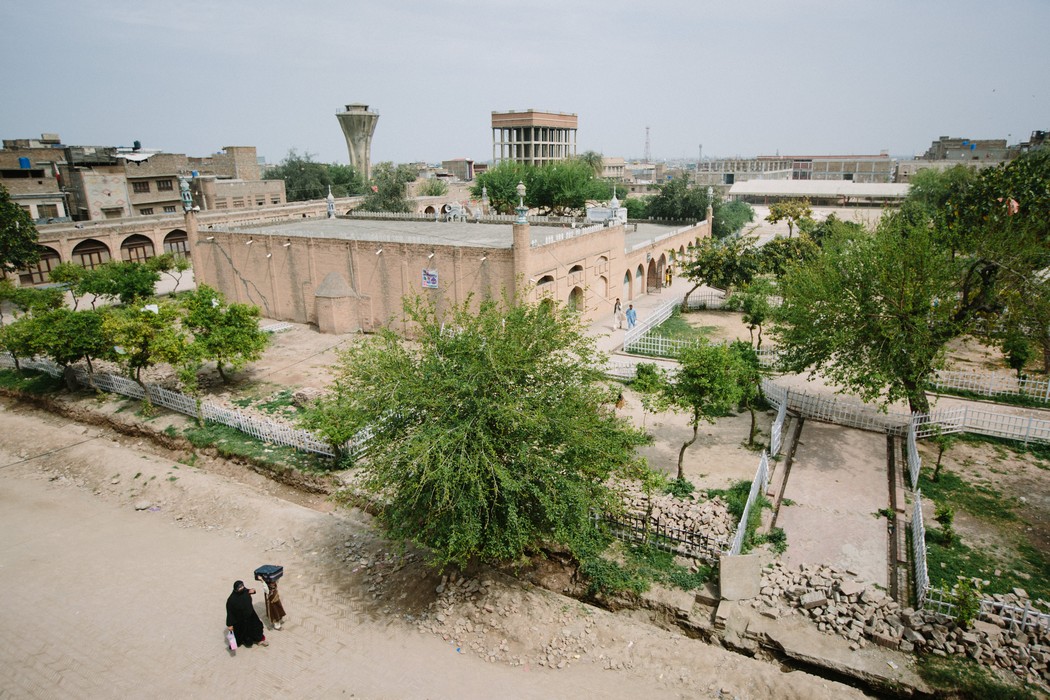 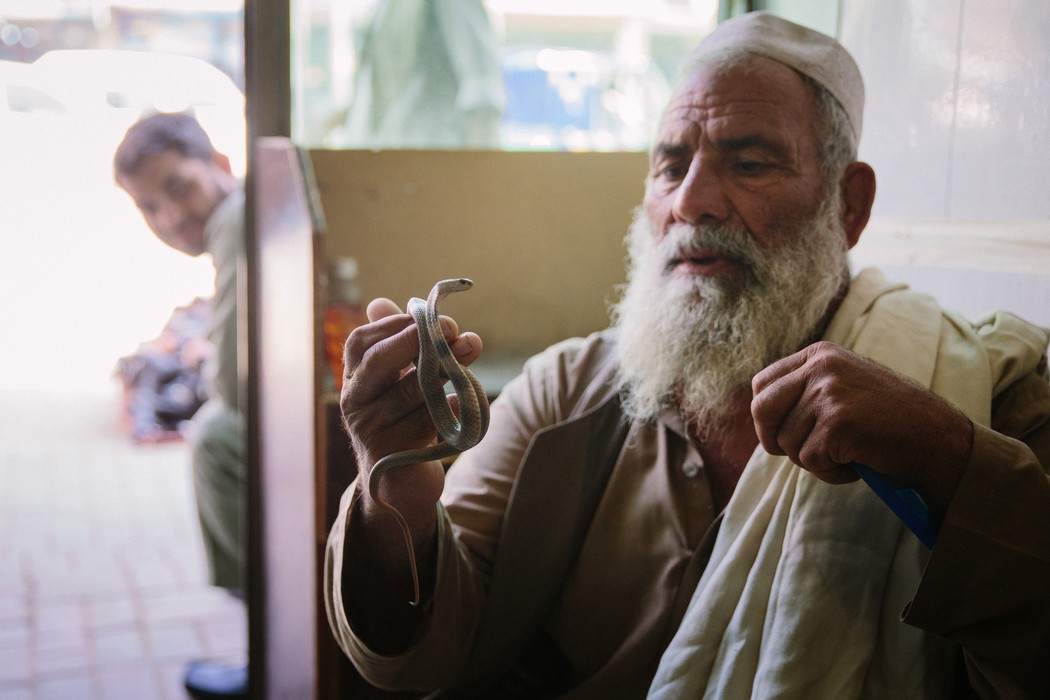